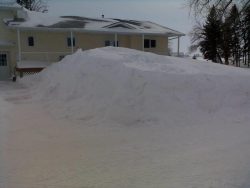 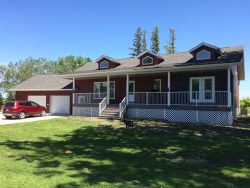 Conquest Manufacturing just completed a project, for a fire insurance re-build.  This project was a perfect fit for Conquest, considering we are a custom home designer and builder, allowing us to design a home that would fit the existing foundation, which was salvaged from the fire.

Working together with the client, Conquest took accurate measurements of the existing foundation, and basement floor plumbing rough-in, and created a beautiful, new home, to replace the former home which had been ravaged by a fire.  Our design team was able to make some recommendations, to significantly change the layout of the new home, to capture all the dreams and wishes of the client.  There were some challenges to work around, as we had to fit the new home not only to the existing foundation, but also to an attached garage, which had also been saved from the fire.

The home was built inside our factory, in less than six weeks, which is much quicker than it would have taken to site-build it.  This allowed the homeowner to move back to her home, in a more timely fashion.  During the build process, the homeowner came for regular factory visits, giving her the opportunity to see her home coming together, and also giving opportunity to make some adjustments, while the home was being built.

When Conquest provides a quote, our commitment to our customers, is that we will honour the quote right through to completion of the project.  This is especially important, when dealing with an insurance claim, because the insurance provider knows exactly how much funding to allocate to the project.

In the end, the home fit the existing foundation perfectly, and everything came together, just as planned.  The homeowner is already comfortably settled in her new place, enjoying a fresh layout and design.